Where Did Jesus Go 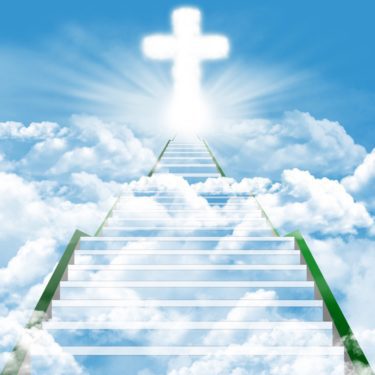 Where Did Jesus Go When He Died?

At the end of His suffering on the cross, Jesus said, “I thirst.” They gave Him vinegar in response, and Jesus declared, “It is finished.” Then He gave up His spirit (John 19:28-30). They placed the body of Jesus in a tomb, but where did Christ’s spirit go when His body died? This Bible study will search the Scriptures for the answer.

Where did Jesus go when He went to Paradise?

As Jesus hung on the cross, He told the thief who believed in Him, “Today you will be with Me in Paradise” (Luke 23:43). But Jesus did not go to heaven immediately when He died. When He saw Mary after the resurrection, Jesus told her that He had not ascended to the Father yet (John 20:17).

Unlike a theology textbook, the Bible does not spell out the answer for us, but it does provide some clues. Please study the Bible along with me as we seek the answer to this mystery.

Sheol – The Realm of the Dead

The Old Testament generally uses the Hebrew word “sheol” to refer to the place where people go when they die. The KJV translates this word as “the grave,” “the pit,” or “hell” depending on the context. Many other English versions just transliterate the Hebrew and use the word “sheol.”

The same word is used for where both believers and the ungodly went. So “sheol” means something like: “the realm of the dead.” The Old Testament does not really say much about heaven and hell.

However, righteous Job knew about a future redeemer and resurrection. “For I know that my Redeemer lives, and at the last He will stand upon the earth. And after my skin has been thus destroyed, yet in my flesh I shall see God” (Job 19:25-26 – ESV).

David also seems to have had some understanding of a heavenly afterlife. “Therefore my heart is glad, and my glory rejoices; My flesh also will rest in hope. For You will not leave my soul in Sheol, Nor will You allow Your Holy One to see corruption. You will show me the path of life; In Your presence is fullness of joy; At Your right hand are pleasures forevermore” (Psalm 16:9-11 – NKJV). While this passage indicates that David believed God would not leave or abandon his soul in sheol, it implies that his soul would spend some time there.

The Rich Man and Lazarus

Luke 16:19-31 records a story Jesus told about a rich man and a beggar named Lazarus, which sheds some light on this subject. When they both died, Lazarus was carried by angels to Abraham’s side where he was comforted. The rich man went to fiery torment in Hades.

It would appear that the realm of the dead was divided. One side was a place of comfort, the other a place of torment.

It would appear that the realm of the dead was divided. One side was a place of comfort, the other a place of torment. The souls of those on either side could see each other and talk, but there was a great gulf between the two sides and no one could cross from one side to the other.

Ephesians 4:8-10 says, “Wherefore he saith, when He ascended up on high, He led captivity captive, and gave gifts unto men. (Now that He ascended, what is it but that He also descended first into the lower parts of the earth? He that descended is the same also that ascended up far above all heavens, that He might fill all things)” (KJV). This passage indicates that before His resurrection and ascension, Jesus first descended into the lower parts of the earth.

When Jesus rose from the dead, He took the souls of the godly with Him

The best explanation seems to be that when Jesus gave up His spirit, His spirit joined Abraham and the other believers on the comfortable side of sheol, which He called “Paradise.” While He was there awaiting His resurrection, Jesus preached to the souls of the disobedient (1 Peter 3:19-20a) who were immersed in the flames on the other side. And when Jesus rose from the dead, “He led captivity captive” by taking the souls of the godly with Him (Ephesians 4:8).

To sum it up, before the resurrection of Jesus everyone went down to sheol (the realm of the dead) awaiting the death, burial, and resurrection of God’s Son. The lost went to Hades where they will continue being tormented until the Great White Throne judgment (Revelation 20:11-14). The saved went to a place of comfort called Paradise (also known as Abraham’s bosom). They could not go straight to heaven, into the presence of God, until the blood of Jesus had been shed to pay for and cover their sin. Thus Jesus Christ is the “firstfruits” of the dead (1 Corinthians 15:20).

But now is Christ risen from the dead, and become the firstfruits of them that slept. For since by man came death, by man came also the resurrection of the dead. For as in Adam all die, even so in Christ shall all be made alive. But every man in his own order: Christ the firstfruits; afterward they that are Christ’s at his coming. (1 Corinthians 15:20-23 – KJV)

The godly souls in Paradise were the captives set free by Jesus when He ascended to Heaven. Since then, the souls of the saved go directly to heaven when they die. But until the Rapture, the dead are just spirits. They (we) will not receive new bodies until the Rapture (1 Corinthians 15:51-54; 1 Thessalonians 4:13-17).

Jesus went to “Abraham’s bosom” in sheol; also known as Paradise, when He died on Calvary.

But He didn’t stay there long!

Do You Need Pruning?