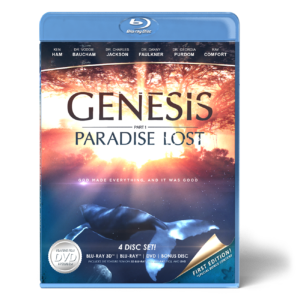 Now Available for Order on Blu-ray and DVD at GenesisMovie.com

Sevenfold Films and Creation Today (in association with Resurrection Pictures and Kingdomworks Studios) produced a feature film presenting the truth of Biblical Creation in a way that is educational and entertaining .  Fathom Events brought this movie to over 700 theaters across America on November 13, 2017.  Many of these theaters had encore presentations on November 16 and December 11, 2017. 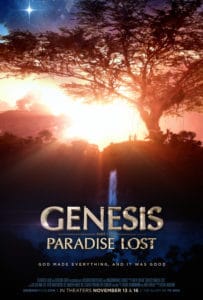 I had the privilege of seeing it with my oldest son on Monday, November 13th.  We both enjoyed it immensely and were blessed by its message and method.  The opportunity to see this film in on the big screen has passed, but it will be released in DVD, Blu-ray and digital download formats.  I look forward to seeing it again when it becomes available.

Digital animation depicting God’s creation is mixed with insightful commentary from accredited scientists and educators, and from popular speakers such as Ken Ham and Ray Comfort.  The movie portrays the events of God’s creation of the heavens and the earth, the sea, and all that is in them in 6-days as recorded in the first chapter of Genesis.

The material is Biblically sound and will help prepare you to give a defense of the hope that is within you as it exposes the myths of evolution.  It also presents the gospel, so it is good to show your unsaved friends and relatives. 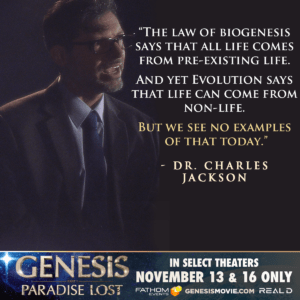 My two favorite quotes were both by Dr. Charles Jackson of Liberty University.  They were:

Navigate to GenesisMovie.com for more information about the film. 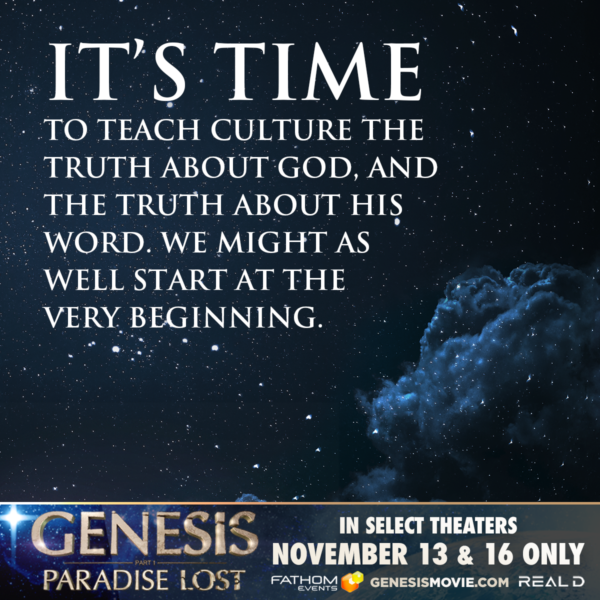