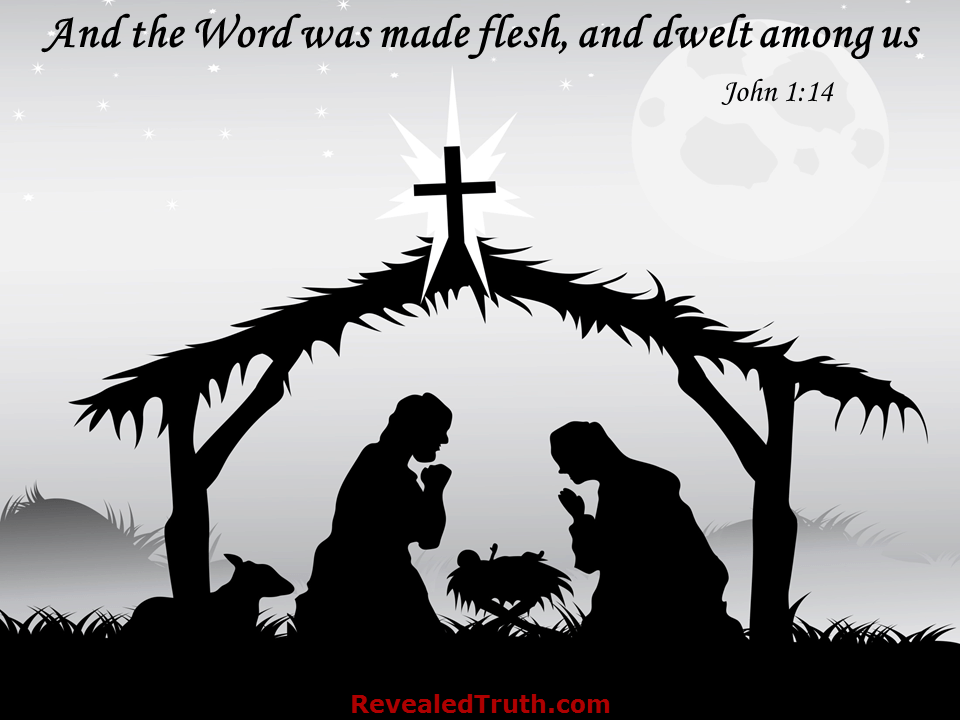 Have you ever realized that there are three advent stories in the Bible?

We hear a lot about the first two at Christmas, but the third gets very little air time. Our Christmas stories, plays, hymns, teaching and preaching are generally based on the birth of baby Jesus as told in the gospels of Matthew and Luke.

Matthew was a Jew writing primarily to other Jews, trying to convince them that Jesus was their Messiah and King. The gospel of Matthew begins with the genealogy of Jesus Christ through Joseph to Abraham, the father of the Jewish nation. This showed the Jews that Jesus was of the seed of Abraham and a son of David.

Matthew tells us about an angel visiting Joseph in a dream to inform him that his pregnant fiancé had not cheated on him. She was still a virgin (Matthew 1:18-20). The child was miraculously conceived by the Holy Spirit and would be a son, who would “save his people from their sins” (Matthew 1:20-21). Matthew points out that this was the fulfillment of Isaiah’s prophecy in Isaiah 7:14, “Behold, a virgin shall conceive, and bear a son, and shall call his name Immanuel,” which means “God with us” (Matthew 1:22-23).

Matthew also tells us about the wise men who came to Jerusalem seeking the one who was “born King of the Jews” (Matthew 2:1-12), thus emphasizing to the Jews that Jesus is their King. Our Christmas stories often include the three wise men (or kings) presenting Jesus with gifts of gold, frankincense, and myrrh (even though the Bible never mentions the number of wise men, never calls them kings, and the visit took place in a house (Matthew 2:11) at a later date rather than on the night of His birth).

Luke was a gentile writing to a primarily gentile audience. Luke presents Jesus as the seed of the woman (Genesis 3:15). Luke’s genealogy traces the human ancestry of Jesus through Mary’s father (Joseph’s father-in-law) Heli all the way back to Adam (Luke 3:23-38). As in Matthew, this genealogy demonstrates that Jesus was a son of David. However, it presents Christ as being related to the whole human race, not just the Jews.

Luke tells us that the angel Gabriel visited Mary to inform her that she was “highly favored.” God had chosen her to be blessed by becoming pregnant while she was still an unmarried virgin. Her son would be called the Son of the Most High, and would inherit the throne of David (Luke 1:26-33).

When Mary asked how this was possible, the angel told her that nothing is impossible with God (Luke 1:37). The Holy Spirit and the power of God would work miraculously in her. So the child that would be conceived would truly be the only begotten Son of God (Luke 1:34-38).

Luke’s gospel includes the most well-known of the Christmas advent stories (Luke 2:1-20). Luke tells us of the trip to Bethlehem and of Mary laying her firstborn son in a manager because there was no room in the inn (Luke 2:7). Luke also tells us about the angelic host proclaiming the Messiah’s birth to shepherds, and the shepherds finding “Mary, Joseph and the babe lying in a manger” (Luke 2:16).

While both Matthew and Luke show the miraculous nature of Christ’s birth, they both focus on His humanity. Jesus was the seed of Abraham, the seed of the woman, the son of David, the Son of Man.

The third advent story is different. It focuses on the deity of Christ. It highlights His pre-existence as the Word of God, the Creator, Who was fully God (John 1:1-3).

The third advent story does not present the details of the birth of Jesus the man. Instead we are merely told, “The Word was made flesh, and dwelt among us” (John 1:14).

The pre-existent God, Who created everything, entered into His creation as a man

John wrote his gospel “that ye might believe that Jesus is the Christ, the Son of God; and that believing ye might have life through His name” (John 20:31).

Throughout the gospel of John, Jesus is presented as the unique Son of God, who is in fact one with God the Father (John 10:30). The Jews recognized that Jesus was claiming to be God. Instead of believing Him, they wanted to kill Him (John 10:31-33).

focuses on the deity of Christ

John makes it clear that Jesus was not merely a man with a miraculous birth. John emphasizes that “from the beginning,” long before He was born into the world as a man, Jesus was God.

John also clearly informs us that Jesus, the eternal Word of God, is not only fully God, He is also the creator of the world (John 1:10). Nothing was made without Him (John 1:3). So the pre-existent God, Who created everything, entered into His creation as a man.

Why would a holy, righteous, all-powerful God lower Himself to take on human flesh and dwell among sinful people?

John provides us the well-known answer. “For God so loved the world that he gave His only begotten Son, that whosoever believeth in Him should not perish, but have everlasting life” (John 3:16). And “as many as received Him, to them gave He power to become the sons of God, even to them that believe on His name” (John 1:12).

Knowing that mankind would sin,

before He even created the world

The Bible tells us that sin entered the world as a result of the disobedience and fall of Adam in the garden of Eden. Since then, all people have been sinners by nature. And the penalty for sin is death, eternal separation from God in hell (Romans 6:23).

But God takes no pleasure in the death of the wicked (Ezekiel. 33:11). God is “not willing that any should perish, but that all should come to repentance” (2 Peter 3:9). So, knowing that mankind would sin, God planned a way to provide salvation before He even created the world.

Jesus was born to die to pay for our sins, so we could have eternal life through faith in Him.

Jesus was born to die to pay for our sins, so we can have eternal life through faith in Him. Truly this is the greatest Christmas gift of all time.

This is the greatest Christmas gift of all time

The question is what have you done with God’s gift of salvation? Have you received it by believing in Jesus Christ, the Word of God made flesh, and trusting in Him that you might have life through His name?

What have you done with God’s gift of salvation?

If you have not trusted in Him yet, I encourage you to accept Jesus as your Christmas gift today! (2 Corinthians 6:2)

Revealed Truth uses cookies to optimize your experience on our site and enable Google Analytics. Continued use of this site indicates acceptance.OKPrivacy policy